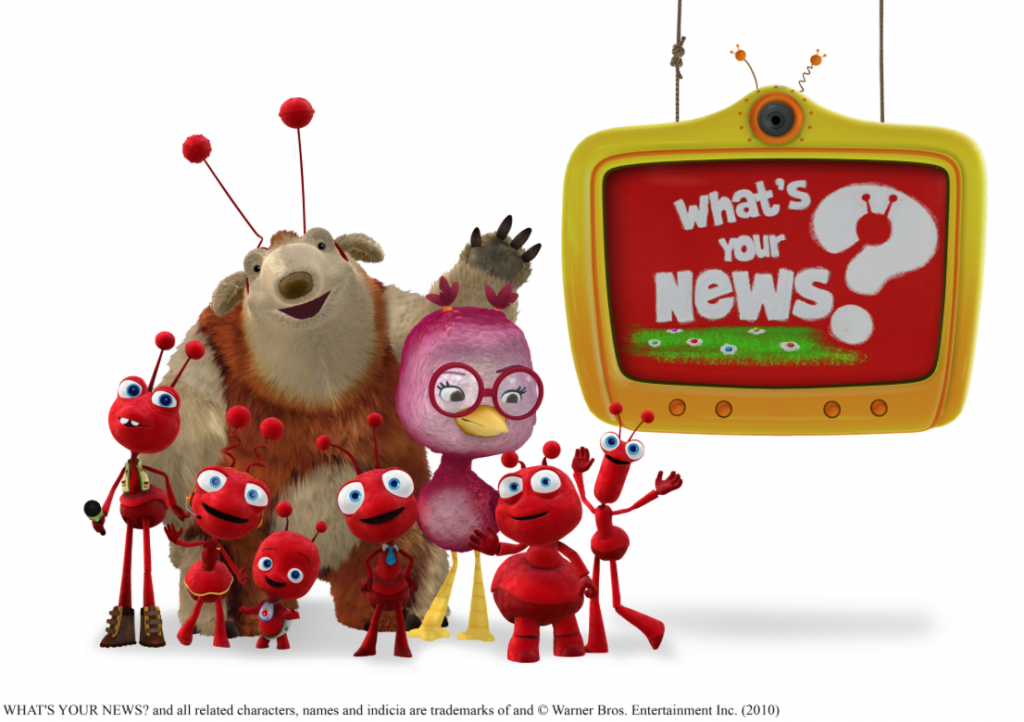 CBC Kids is celebrating Season 2 of their show “What’s Your News?” and we are joining the celebration with a big prize pack giveaway just for you!

The show airs Sundays at 7:00 am on CBC and you can watch past episodes here.  Check out the synopsis of what the show is about below:

“What’s Your News? is a children’s television series targeted to pre-school-aged children that focuses on children’s news. Hosted by animated news anchors, Grant the Ant and Antony the Anteater (who thinks he is an ant), it follows the classic news program format and features interviews with children, special reports, traffic updates and weather reports, all from the perspective of a pre-schooler. The news stories come from real kids and the kids you see in the show are not actors; they do not memorize scripts, they tell the stories as they know best. Gi(ant) is the roving reporter who heads off in a helicopter to interview the kids.”

Sounds like an engaging and creative show, doesn’t it? We love educational series and we will be definitively tuning in on Sundays as well to watch “What’s Your News?”. Enter to WIN via Rafflecopter below.