Why Sleep Is Non-negotiable In My House 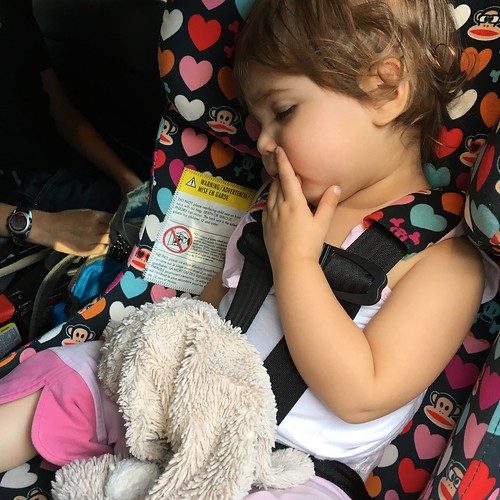 Ahhhh sleep. Every parent feels like they just don’t get enough of it. Every kid feels like they don’t need any more of it. And yet, study after study shows that the affects of too little sleep can be catastrophic.  In my house, bedtimes are non-negotiable. No, I can’t, and I won’t keep my kids stay out just a little bit later than usual. No, my kids can’t go to a sleep-over party. What about a special occasion you ask? Mostly still no.

Some people look at me like I have a unicorn horn on my forehead when I tell them that my two year old goes to bed between 6:30 and 7:00 pm. Sometimes it is even earlier if her nap (and yes she most often will sleep between 1.5 and 2 hours per day) is short. She usually wakes around 7:00 or 7:30 a.m. Yes. That’s right. She sleeps between 12-13 hours per night and has a pretty sizable nap each day. Sleep begets sleep. I never really believed it until my son was a tired, cranky mess and we tried the earlier bedtime and low and behold, everything got better.

Now my almost 8-year-old has a tiny bit more leeway in his sleep routine, however, if there is no sports activity in the evening, his bedtime is 7:30 pm. He usually does have something in the evening that makes that more difficult, but we are very fortunate that we can sleep a little later in the morning due to a later school start time (8:45 a.m) and the ability for one of us to drive him over in less than 5 minutes if we are really running behind. That is usually not the case though for most families with two parents working outside the home or children who must take the school bus.

So what is the correct amount of sleep for children you ask? This is a great resource and a pretty good rule of thumb to follow: Have your kids been getting the suggested amount of sleep? Do you find that their behavior or lack thereof is directly associated with the amount of sleep they get (or don’t get as the case may be)?

END_OF_DOCUMENT_TOKEN_TO_BE_REPLACED

6 Comments on “Why Sleep Is Non-negotiable In My House”