As most of you already know, we were extremely lucky to receive an invitation to this year’s Disney Social Media Moms Celebration (DisneySMMC). The DSMMC is a yearly event where American and a few Canadian influencers get together to experience all things Disney, network with fellow bloggers and get inspired while enjoying Walt Disney World with family.

The exclusive 4 day celebration took place at Walt Disney World in Orlando, Florida and we stayed at the Disney’s Beach Club Resort, a charming and elegant New England-style resort hotel, a short walking distance to the Epcot park.

Throughout the weekend, there were dedicated events just for conference attendees where we got a peek behind-the-scenes via Disney speakers, as well as exclusive family events. For the first night of the celebration we were taken to Animal Kingdom at night. We had exclusive access to the park after hours while it was closed to the public. Dinner was set up buffet style on the streets of Africa and we had the opportunity to enjoy live entertainment and an exclusive chance to take character photos with our families. I also went on the Expedition Everest ride for the first time EVER, in the dark and with a good friend by my side. One of the coolest experiences from the trip.

At the end of the night we were also shown a special projection show that Disney has added to the Animal Kingdom’s Tree of Life, it was breathtaking and a great way to end our first day. During the full conference day we had the opportunity to hear from a variety of inspirational speakers while our families enjoyed the parks. We heard from George A. Kalogridis, President of Walt Disney World Resorts and all of the upcoming attractions planned for the summer.  We also got a behind the scenes look at the new Rivers of Light experience at Animal Kingdom and we were introduced to some upcoming Disney Jr. shows, including the highly anticipated “Elena of Avalor” show.

For breakfast we were transported to Disney’s Hollywood Studios were we got to experience Star Wars Launch Bay while the park was closed to the public! We were also treated to some exclusive film sneak peaks including a behind the scenes of the making of “Alice Through the Looking Glass” and the first 30 minutes of  the upcoming “Finding Dory” film. All I have to say for both movies is that we can’t wait to watch them both. During the day we also heard from some of the conference sponsors including Hanes, Huggies, Alamo and more. We enjoyed delicious food and ended the day with a dinner beach party at Typhoon Lagoon. We were so so spoiled!

On Saturday we spent the day at the parks and we had a fabulous time at Animal Kingdom in the morning and Disney’s Hollywood Studios in the afternoon. I was lucky enough to have my mom with me to celebrate Mother’s Day at Disney World this year and we had an unforgettable time. The DSMMC team put together a wonderful celebration for all of us moms and we were sprinkled with pixie dust all morning.

We are forever grateful to have been invited to the DisneySMMC event and for all of the amazing perks and true Disney magic we experienced. It was our first time visiting Walt Disney World and I feel like it won’t be our last!

If you are a fellow blogger hoping to be invited to an upcoming DisneySMMC event then I say to you that you must believe in the magic because dreams DO come true. Maybe you’ll get some pixie dust in your inbox next year, good luck!

And if you are looking for some tips on how to do Disney World with little ones be sure to check one of our latest Disney posts HERE or our Disneyland posts HERE and HERE. 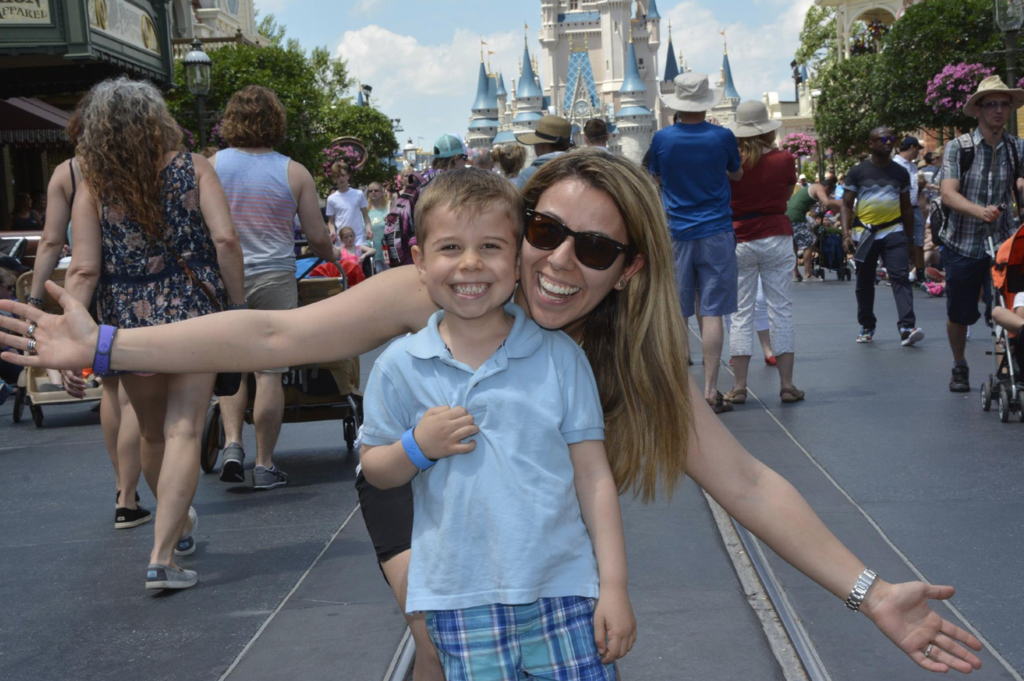 Below I am sharing some clips from the event:

Disclosure: We were invited to take part in the Disney Social Media Moms Celebration conference. Tickets/passes, accommodations and other associated perks and discounts were supplied to us as  part of this events. However all opinions and views on this post are our own.