Much to my delight when we received the Little Tikes Build a House last week my children were eager to play. After spending a little time assembling the frame for them, they both set to work completing their house. My daughter, aged four, was quick to take command of the drill, placing different panels here and there. No sooner would she complete a wall she would then quickly change her mind and redesign all over again. The drill, powered by three triple A batteries, functions similar to a real-life drill. It has two functions, a forward and backward option, allowing them to place and remove panels at a quick pace.

My son, armed with the screwdriver, did his best to install panels but was also just as happy to pop his head in and out of the windows and salon style doors. Between the two different tools and all the panels, there was enough stimulation that neither of them fought over who did what. A few times I even caught them sitting together and working on a piece hand in hand. The frame itself was fairly straightforward to put together, and quite sturdy once all screwed in place. I love that it can easily transition from an indoor to outdoor toy, making it usable all year round. I will admit I was a bit leery about the screws being left around as they changed the panels but once they are attached to each panel there is no chance of them coming out, limiting any choking hazards.

If you are on the hunt for a playhouse, the Little Tikes Build a House is at the top of my list for recommendations. Doing double duty as a playhouse and a toy they can build themselves it is definitely a winner. With 25 + customizable panels and real-life tools, they are bound to stay busy for hours on end. The Build-a-House is recommended for ages 3+ and can be found at retailers such as Walmart, Indigo and Toys R Us. Win it: One lucky Canadian reader will win a Little Tikes Build-a-House ($280 value). Enter to WIN via Rafflecopter below. Good Luck!

Disclosure: This is a partnered post with Little Tikes. However, all opinions and views on this post are 100% my own. 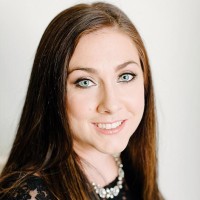 About the Author Andria Milliard

Andria Milliard lives in the Fraser Valley with her husband, her daughter Hazel, her son Everett and their two fur kids, Izzy and Murray. Once Hazel became mobile the antics between her and the animals didn’t slow down, combine this with Andria’s love to share great brands and products and her blog The Cheerio Diaries was born.