I have always loved the look of candles and the cozy, romantic ambiance of a room lit by them. They’re great outside too, on our big sundeck. But in the last four years, I’ve almost never used candles. Can you guess why? I’ll give you a couple of hints: my son is nearly four years old. I think he’d probably leave it alone and not burn himself, but there’s a chance he might knock a candle over during a bout of horsing around. It’s more his baby sister that I’m worried about, or as I think of her in my head, The Baby That Never Stops Moving. Pretty sure she’d end up with hot candle wax all over her face & her hair on fire within minutes of lighting a candle.

I just lived without candles until I got a chance to try out some Grand Outdoors flameless pillar candles. They look more or less like the real thing, but batteries and a flickering amber LED light produces the illumination instead of flaming candle wax. Besides never having to rush a child (or pet, come to think of it) to the emergency room with burns, the flameless candles have a few more advantages: they are made of plastic, not wax, so they won’t melt and make a mess out of your table; and, they have a programmable timer, so they’ll automatically turn off when you want them to.

The pillar candles each take two AA batteries, which can easily be popped into the hatch on the bottom. I found that rechargeable batteries worked well in there too, which is a bonus. Push a button next to the battery hatch to turn the candle on and it provides a lovely, warm, flickering glow, much like a real flame. They are advertised as an outdoor product and they really are a nice addition to your patio décor, but if you have small children, pets or you’re likely to forget that you lit candles, they’re also fantastic for in the house.

The Grand Outdoors flameless LED candles retail for about the same as regular pillar candles, $26 for a set of three on Lights.com. Check out the store finder here.

WIN IT: One lucky CAN reader will win a set of outdoor flameless candles like the ones reviewed.  Enter to win below. Good Luck!

Disclosure: I received a free set of three candles to facilitate my review. No other compensation was provided and all views and opinions stated on this post are 100% my own.

Lisa Corriveau lives in East Vancouver with her husband, son & daughter in a 1940s bungalow. Spokesmama chronicles their life with two little kids, living car-free, getting around on bikes, walking, transit & with the occasional car share vehicle. Lisa also blogs about green living, parenting, DIY projects & she loves to share what’s going on in her neighbourhood. 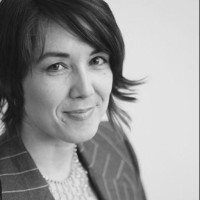 About the Author Lisa Corriveau

Lisa Corriveau lives in East Vancouver with her husband, son & daughter in a 1940s bungalow. Her blog, Spokesmama, chronicles their life with two little kids, living car-free, getting around on bikes, walking, transit & with the occasional car share vehicle. Lisa also blogs about green living, parenting, DIY projects & she loves to share what’s going on in her neighbourhood.