What is the earthy smell after rain called?

There is something soothing and refreshing about the smell of the first rainfall after a long dry spell. With Vancouver’s dry streak that has lasted more than 50 days, the expected precipitation is a welcome change and so is the earthy fragrance associated with the rain.

What is the smell of rain called?

We often talk about the anticipation of the pleasing scent after a drought, but have you ever wondered what it was called? There is actually a scientific term for the earthy smell associated with rainfall on dry soil  – and it is petrichor.

The term petrichor was coined by two Australian researchers in 1964 by combining two Greek words: petra meaning rock or stone and ichor, which refers to the blood of mythical Gods.

Why does it smell after rain?

Over a long dry period, there is a build-up of compounds that accumulate from plants and fall into the soil. Petrichor is released from the moistening of the soil along with other compounds like ozone, bacteria, geosmin, and plant oils. In their research, the Australian duo discovered that during dry, warm conditions, a scented substance accumulates between rocks and soil which is then released into the air when it rains.

A type of soil-dwelling bacteria called actinomycetes secretes a compound called geosmin, which is the main contributor to the pleasant and distinctive earthy odour. This unique compound can be detected by the human nose and some insects, at a very low concentration of less than 5 parts per trillion. This is why geosmin has become a popular perfume ingredient.

The strongest smell is released when rainfall first arrives and is most prominent when light to moderate rain falls on sandy or clay soils. Parts of the Interior have already welcomed the much-needed rain this past week and brief periods of light showers have quickly passed through areas of the Fraser Valley.

Notable light showers are expected to move across the Lower Mainland within the next 36 hours for the first time since June 15th. This low-pressure system will push east over the weekend and carry more rain through the Okanagan, which is good news for the wildfire situation. The light rain will also help to improve air quality where the wildfire smoke is heavy.

After a stretch of 52 days without rain, Vancouver will finally be hit with cooler temperatures and light showers, releasing the earthy smell called petrichor. However, the temperature cool down and showers associated with the weather system is short-lived before another heatwave hits B.C. next week. Enjoy the reprieve. Stop and smell the geosmin.

Follow me on social media for ongoing updates and tips.

Prepare For Unhealthy Air Quality: Tips To Keep You And Your Pets Safe 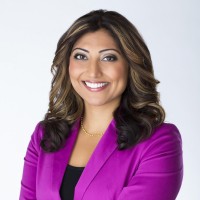 About the Author Zahra Alani

Whether it be in her home, on a trip or on your television screen, Zahra Alani is the ideal host. Best known for her extensive work as a Broadcast Meteorologist on CTV and CBC, her career also expands into other areas. She also co-hosted and produced 'Food Glorious Food', a podcast through CKNW. Passionate about the environment, with an aptitude for story telling, her interests and work also delve into Lifestyle Reporting, Food and Wine reviews, Hosting, Emceeing and Interviewing. Her love and passion for culture, food and languages makes her the perfect host for your Travel and Food reviews. Zahra is a Climate Committee Board member with the American Meteorological Society and stays informed on the latest weather and climate issues. Stay connected via www.zahraalani.com.

END_OF_DOCUMENT_TOKEN_TO_BE_REPLACED

2 Comments on “What is the earthy smell after rain called?”