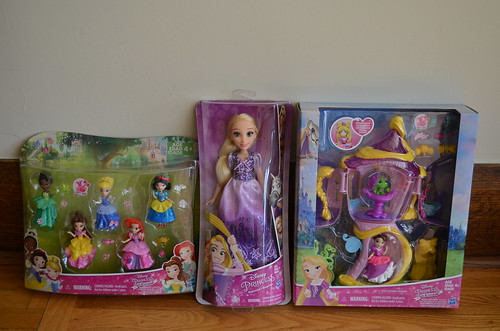 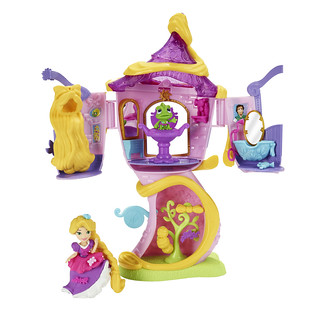 I love Disney. I love the movies, the books, the store. I love Disneyland and Disney World and I’ve even run the Disney World Half Marathon. I grew up on the classic movies, which included many of the iconic Disney princesses and I love them today just as much as I did then. The new princesses appeal to the modern woman in me that wants my little girl to know she can be anything she wants to be and doesn’t need to be “saved” by the handsome prince. We have avoided buying much in the way of toys for our littlest kid since her brother has an ample supply of books, cars, balls and crafts, but I do find myself lingering in the aisle full of dolls and figurines. 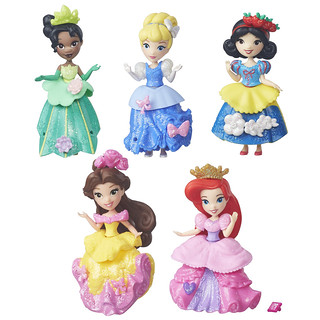 This being the case, I jumped at the opportunity to test out a few Hasbro Disney princess toys recently. The campaign, #DreamBigPrincess, involves a princess a month being sent out.  We were sent a Disney Princess Royal Shimmer Rapunzel Fashion Doll as well as a Disney Princess Little Kingdom Stylin’ Tower and Royal Sparkle Collection (think mini figurines). The doll has all the features one would look for in a toy doll and would be a huge hit for major Rapunzel (Tangled) fans out there. The hair was long enough to be braided, but didn’t seem like it would become a rat’s nest as it had some give to it. My munchkin was intrigued by the doll’s humongous eyes and liked her sparkly dress. She is, however, smaller than other toy dolls and therefore no clothing from that size a doll would be usable if she needed a costume change and she only comes with her dress and a pair of shoes so that is somewhat limiting. 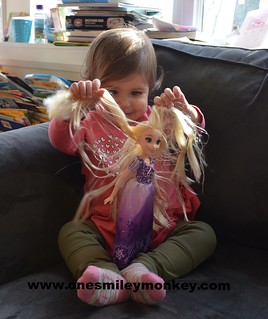 The Stylin’ Tower and Sparkle collection was a bit out of our scope as the pieces were teeny tiny and would have posed a choking hazard, but I think the tower will have longevity and will be fun to play with in the next few years as she becomes more familiar with the movies and the characters. Since the sparkle collection figures had tons of ridiculously small snap-in parts, most will undoubtedly be lost in seconds or vacuumed up. The figures are still totally usable without the extra bows and such, but since they are so small, they didn’t really stick in that well and may not actually stay on (leading to more of them disappearing). This would easily be a solved problem with a tiny bit of glue from a hot glue gun, but something to keep in mind.

The tower was nice and compact and would be a perfect toy to take to grandma’s house or to keep your little ones distracted at a restaurant, so long as you kept it all in a storage container or giant zip-loc bag. My little miss was obsessed with the two wee princesses I let her play with and I had to pry them out of her hands when it was time to put them away. 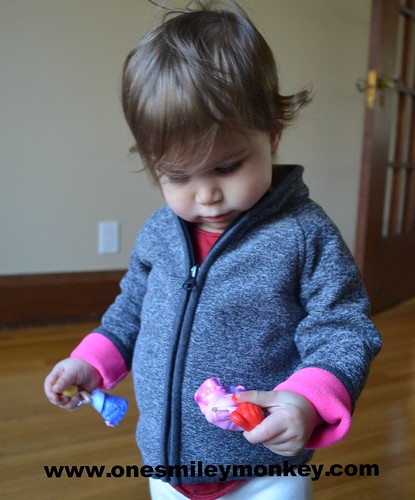 The Rapunzel Fashion doll retails for approximately $17.99, the Tower for $29.99 and the Collection of figurines for $34.99 (all Canadian prices). If you have a huge Tangled/Rapunzel fan in your household or are looking for a gift, these items would likely be a winner, but are best suited for children over the age of 3 or 4. All three toys can be found at major retails both in store and online. END_OF_DOCUMENT_TOKEN_TO_BE_REPLACED

« Previous PostSimplifying Your Life, The Key To Happiness?
Next Post » A Visit to The Abbotsford Tulip Festival